In November 2019 I went on vacation and explored four European countries; Ireland (Galway & Dublin), Austria (Vienna), Hungary (Budapest), and Portugal (Lisbon). Of the five cities visited, Budapest was the hardest part of my trip and for a very simple reason – language. As someone who travels solo, it is not easy to go to a country that speaks a language you do not, and practically speaking, as much I love languages, I cannot learn them all. 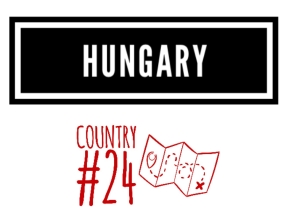 This will be a 2-part blog; this one looks at all the admin and Part 2 will deal with the exact activities you can do in Budapest in 24 hours. Hungary was the third out of the four countries I visited so, from Vienna, I took a return Railjet train to Keleti Station, Budapest. It was a lovely and comfortable 2 hours, 40 minutes ride with free Wifi onboard. You can pay €3 (R48) extra to reserve a specific seat.  I did not bother.  I figured November was not considered high season so I took my chances and sat anywhere there was an open seat. The disadvantage to this would have been if someone had booked the seat I was sitting on, and I would have had to move. That did not happen on both trips so I was good.

On arrival at Keleti Station, I made my way to the information centre to ask them about where I could get a bus or train to my accommodation and also, where I could find the nearest ATM since they did not use Euro as a currency, unlike the other three countries I was at. This is likely to change in 2020 when they adopt the Euro as a currency. I went to two separate offices and was met with blank stares. I assumed they could not understand English and can I blame them? Who says they must know English? I then decided that I needed to use the bathroom, calm down, see if I can just walk around the city to find an ATM, withdraw some cash, find a coffee shop with free wifi or buy a sim card so that I can contact the apartment owner. He had sent me the address of the accommodation and the bus&train stop I should mention when taking either mode of transport.

Anyway, back at the bathroom, the operator needed an amount of  200 HUF (Hungarian Forint)  (R8.60) for me to use the bathroom which I did not have because you know,  local currency dololo. I only had Euros which were not acceptable. Wow! I thought. Why did I not go on the train when I felt the urge? Procrastination is a mother of… Anyway, as I was turning back, a lady who could see that I had no money, gave me a few coins and I thanked her in English and her smile made me believe she got what I was trying to say. I paid and was able to use the bathroom. Then I realized that she had to turn away as she had no more money to use the bathroom herself. I tried to stop her but she insisted. Not all angels have wings y’all. You know God be having my back! I walked out of the station and saw another office where people seemed to be buying tickets. I headed there hoping for a better experience since the automatic ticket machines were in hungarian.

I made a bee-line towards a queue serviced by a lady who had ample smiles when transacting with people. When it was my turn, the moment I said ‘Good morning,’ her face immediately changed. She became what seemed to me as irritation and said something in Hungarian. I informed her that I did not understand what she had just said and that I needed information on buying a ticket, ideally a 24-hour pass that allows me to use all modes of transport. More speaking in Hungarian and an increased pitch followed. She looked over me and a gentleman came to my side and tried his best to listen and assist although he was struggling with English. I sympathised and appreciated his help and after a few minutes, I had a 24-hour ticket and had no idea where to turn. I got out of the station and saw a number of bus stops. I got onto the first bus and showed the driver the name of the stop I was supposed to get off at. He simply shook his head and I got off. I tried the next one and he gave me a nod which I took as the affirmative. The announcements on the bus were made in Hungarian so I just decided to listen to the name of the station so that I know where to get off. I got off and managed to easily walk to the accommodation with no issues.

For accommodation, I stayed at the Amber Terrace Studios which I booked through Booking dot com. I stayed there for only one night which was an excellent choice. The apartments are clean and affordable. They also have a mini kitchenette and a huge bathroom. There is good security in the way of access to the building. Real value for money.

Now that the boring stuff is out of the way, let’s get to the fun stuff :). Part 2